We are a private pay only child therapy practice. While we do not accept insurance, we offer competitive rates and accept many types of payment.

Learn more about your payment options

What’s going on with your child?

If you are wondering about child therapy, I believe I can help you make a decision that is best for you and your family. Please read on to learn more about how we can help and what may be going on with your child.

Your child might come home and angrily slam the door, staying in the room by themselves for hours.
Or they lash out at a sibling when asked a simple question. When you ask what’s wrong, they huff and say, “Nothing!” Some children even become physical and hit the walls or other people.


Eventually, you’ve had enough of their “attitude” and wonder if something more is going on. You try to tell them to breathe and count to ten, but this advice is insufficient.


That’s when an objective party is needed. When seeking therapy, parents commonly say, “My child has anger issues.” Labels are often given out like candy. 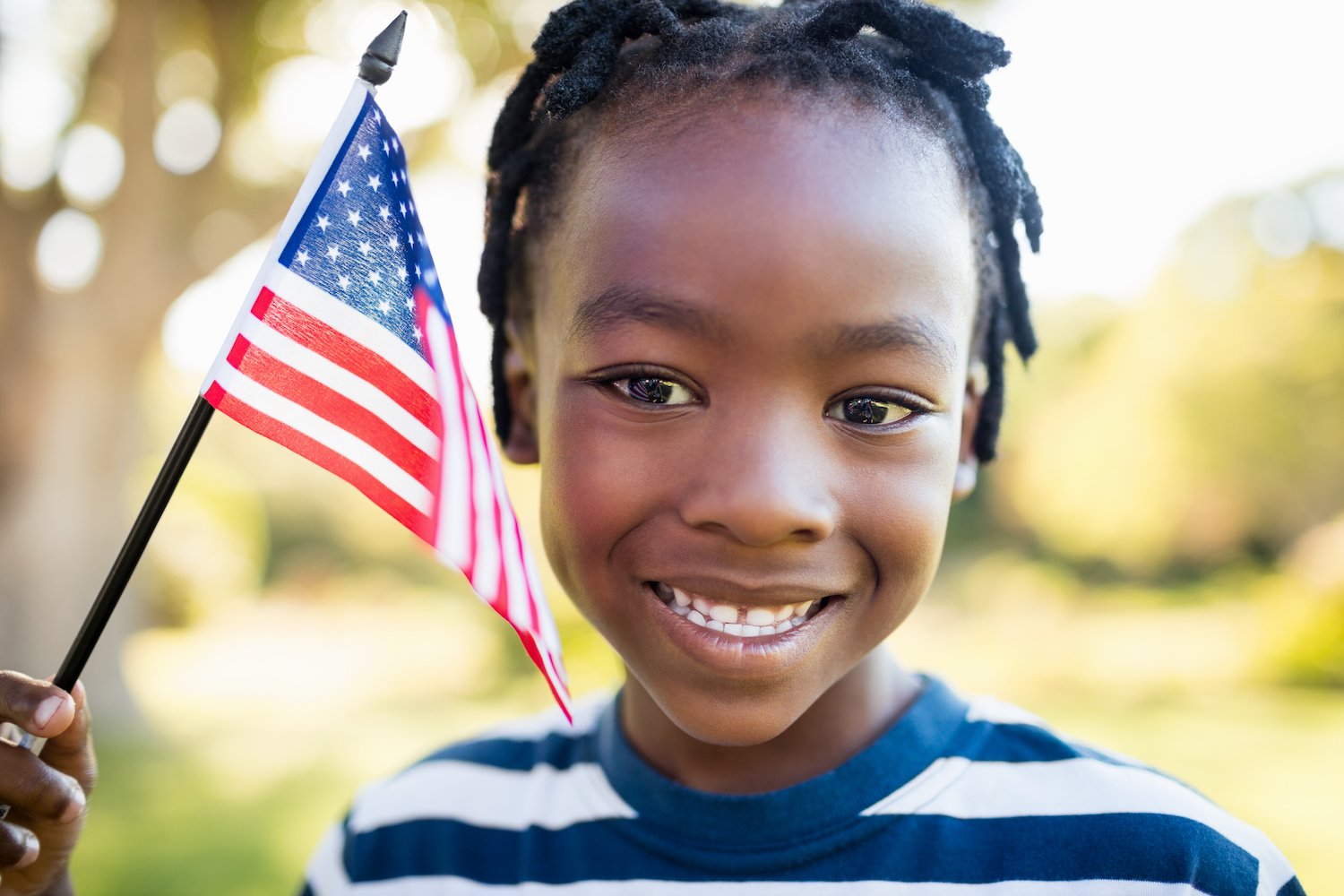 You want them to be happy again? Child therapy may be for you.

I approach therapy as a nonjudgmental and open-minded healer. I let them choose their most comfortable seat and meet them where they are in their present struggles.


They probably don’t want to talk yet. That’s okay.


I have patience and will let them open up as they become comfortable and trust me.


Sometimes I tell stories and ask if any of the situations fit what they are experiencing. If they tell me I’m way off, I ask for a hint. At this point, they are more willing to talk. If not, I have other “tricks.”


I will always assure your child that they are in a safe place and good hands. It’s not easy to talk to a “stranger.” Your child has been hurting alone for so long and doesn’t fully understand what’s going on.


They are well within themselves, shutting out much of the world to try to gain some comfort. They can’t put their finger on the hurt like they could if they needed a band-aid. This makes them so frustrated – and even more frustrated that they cannot express their pain to their parents.


Your child is used to getting a hug and feeling much better after that. Now nothing soothes the pain. Is it time to see a therapist? Are you and your family ready for child therapy?

Without the vocabulary, self-reflection, and insight that we have as adults, it’s difficult for them to tell us what’s going on inside. So, they may seem one way on the surface, but there are many underlying reasons for their feelings and actions.


When children are upset, they lash out in school, appear stressed, or seem unhappy. An anger outburst might mean, “I’m sad because I want to be heard.” Doing things that we don’t expect can be a ploy for attention and closeness.


Kids rarely talk directly about their challenges. Instead, they act them out by crying, shouting, or destroying. Believe it or not, they are sharing how they feel. Parents often feel frustrated: “Why won’t they just tell me what’s going on??”

The problem is not always your parenting.

Parents are used to seeing a smile after they give soothing words. When time and time again their words are not enough and the anger or sadness escalates, they are often at a loss. Parents often feel they haven’t said the right thing or done enough for their child. They feel bad that their words are not the solution to the problem.


Sometimes you may think your child could have witnessed or experienced something at home when, in reality, it happened elsewhere or gradually, without you realizing something was the matter. You think that you should have the answers to fix the problem; when you don’t, it can feel like you’ve failed at parenting.


What you know about psychology, possibly from television or books or your research, doesn’t seem to be working for your child. There are lots of parenting books that recommend behavior and reward strategies to calm children. Schools often recommend behavior intervention plans and de-escalation strategies.


Sounds good, right? The problem is that these techniques don’t address the underlying problem. 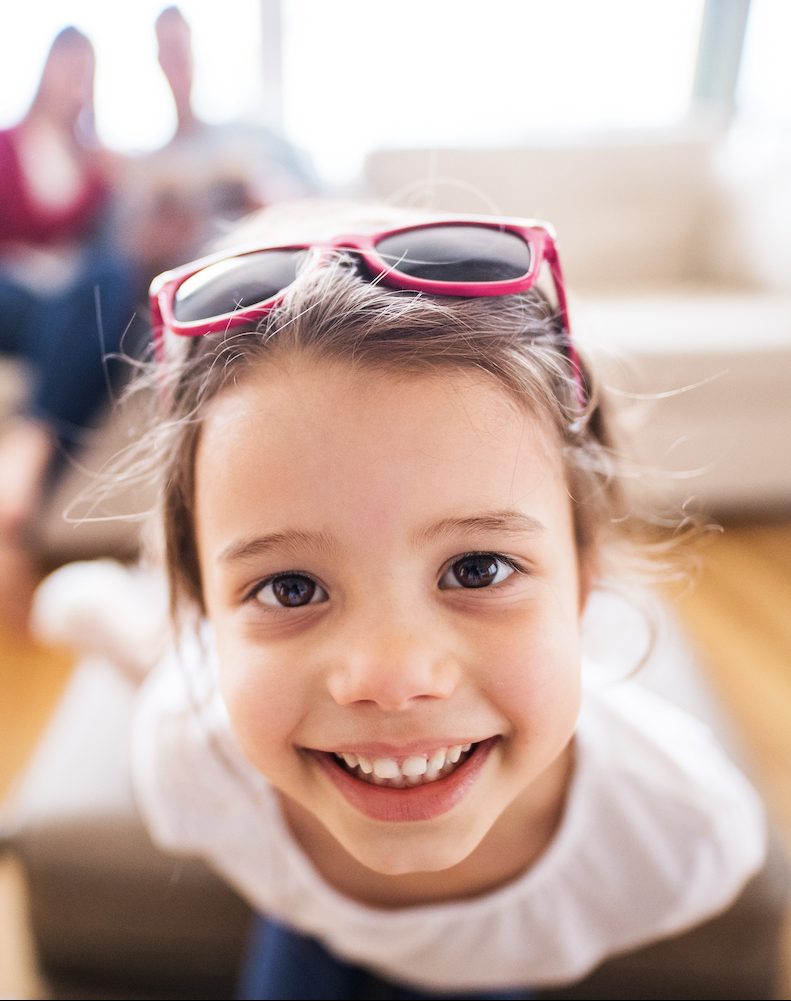 Children are experiencing situations, like peer pressure, bullying, and rejection, for the first time.

Sometimes the problem is that your child’s way of reacting is habitually self-defeating.
Without realizing it, your child may be generating reactions from peers which are opposite to what they desired.
For example, a shy child might decide to approach groups and make jokes to win friends. Those peers might not be accepting of their approach.
It can be tough for a child to handle and understand the reasons for rejection or disappointment.
They can be overwhelmed by intense feelings when situations end poorly. Handling disappointment is not always their forte; they are not always the most patient, nor are they able to reflect on what they can do better next time.
The good news is that they want to improve, soak up new experiences, and seek your approval when they do something well. You can leverage their desire to please to help them when they are down.

Here’s how therapy can help your child…

Your child will learn how to communicate better.
Right now, they may not have the vocabulary or the understanding of what’s going on; but, as I suggested, children are like sponges, eager to learn and soak up new information.
Teaching them the right words and explaining how their thoughts and feelings affect their behavior can be encouraging.
Your child will learn to come to you, the parent, for support when obstacles are too big to handle. More importantly, they will be able to manage their feelings better.
They’ll perform better when they understand and process their emotions.
Your child will discover how to manage strong feelings and gain perspective for future situations.
Just like falling off a bike hurts, emotional challenges can be just as difficult. You want your child to get back up and learn from mistakes after they experience setbacks..

We will work together to unpack big feelings and use tools to face these pitfalls.

When Sophia*, a five-year-old girl, first came to see me, she was very quiet and hid behind her mother, letting her do all the talking. After getting a little history from her mother, I learned she did not have many friends at school and often avoided going, claiming stomach aches and other ailments.


I needed to earn her trust before delving into these difficulties which were painful for her.


During our first couple of sessions, we role-played challenges that “other” kids might face, such as worrying about who to play with on the playground and working with classmates. Indirectly, we spoke about these situations, but I did not address her recent challenges yet.


Little by little, I gained her trust, and she started to answer my questions as they came up through play. Themes arose, such as fear of humiliation and stage fright. As she spoke more and more, in her own way, without realizing it, she became much more communicative.


Now she was ready for the next steps. I helped Sophia learn the language of anxiety, including fears and worries. A breakthrough happened when she was able to apply them to herself and understand how they were holding her back. After she owned her feelings, we could figure out how to manage these strong emotions and share how she felt with her parents.


We also spoke about the differences between being a leader and a follower, and how she could do both in different situations.


Most importantly, she learned to be a problem-solver, owned the challenges she experienced instead of running away from them, and practiced implementing the techniques she learned outside of our sessions together. This all became possible because of child therapy.


Character development, imaginative or pretend play, storytelling, or drawing are great ways to give your child distance from their feelings and helps them share in a positive way.


You’re doing the right thing by taking this next step.

I know it’s upsetting to see your child struggling and not know what’s wrong. You’re not alone. Lots of parents feel like you do.
You don’t need to have all the answers. You’re already taking the right steps to find them. You can relax.
Your child has so many wonderful growing years ahead. You will get through this. When you look back, you will reminisce about all the happy memories your child had and how much they’ve grown into the person you’ve helped create.
Bumps in the road happen – but, together, we can help your child discover how to become the best version of him or herself!
*Name changed to preserve client confidentiality..


Get the Support Your Child Needs 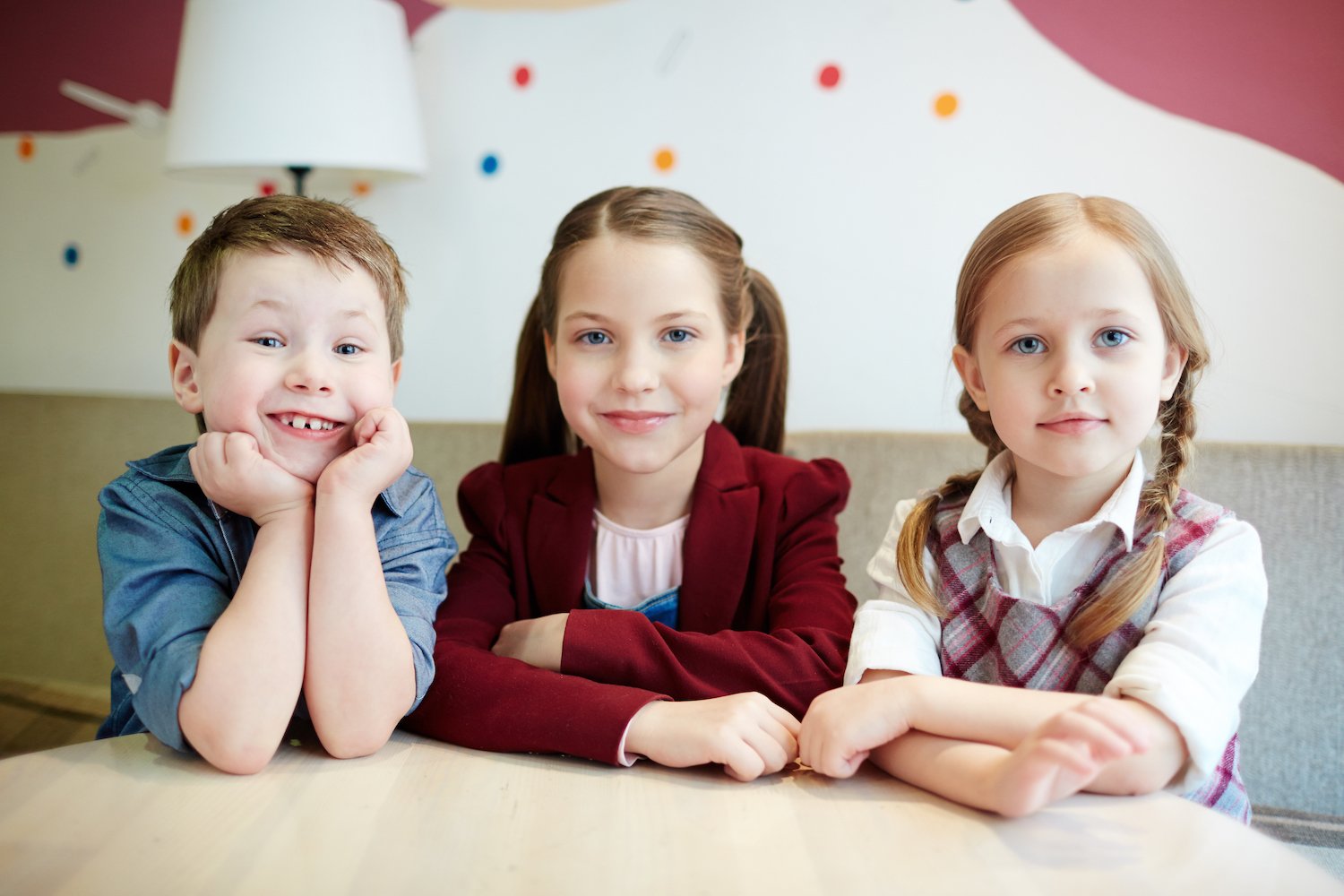 What if my child doesn't want to talk about their problems?

That’s a very understandable concern. It may feel unnerving for your child to share their most personal difficulties with someone who is a stranger to them, much less going to child therapy. It will take time to establish trust so that your child will open up. But you will find that it helps for your child to have an unbiased third party—with no emotional attachment or relationship to them—hear what’s going on.

Often, when friends or family members try to help, they end up being too closely involved to be impartial. Our role as child counselors prevents us from having that challenge. Rather, we will create a safe, nonjudgmental space for your child to freely express their thoughts, concerns, and fears. 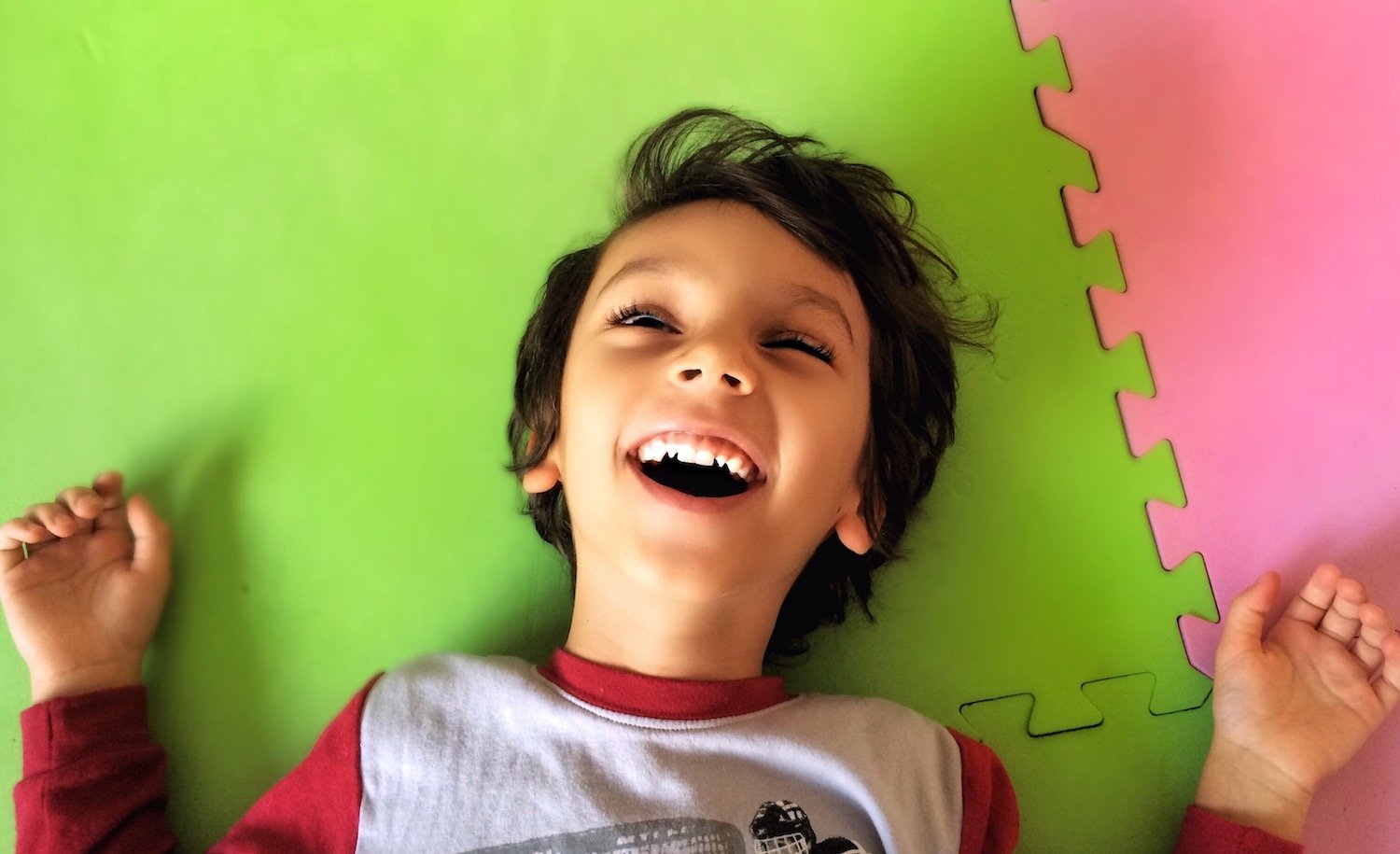 My child is involved in a lot of activities. I don't think they have a lot of time for counseling.

Involvement in activities is great for building friendships and self-confidence. But if your child is upset or anxious, it may be time to make counseling a priority. I would gently encourage you to take stock of how long your child has been struggling. Perhaps you put off helping your child, thinking “They’re going through a phase” or “They will grow out of it.” Many children benefit from receiving support at a young age so they can have a happy and fulfilling life. Your best shot at successfully helping your child with their emotional struggles is by partnering with someone who can help to identify their strengths and challenges, provide strategies and support, and empower them to live their best life. 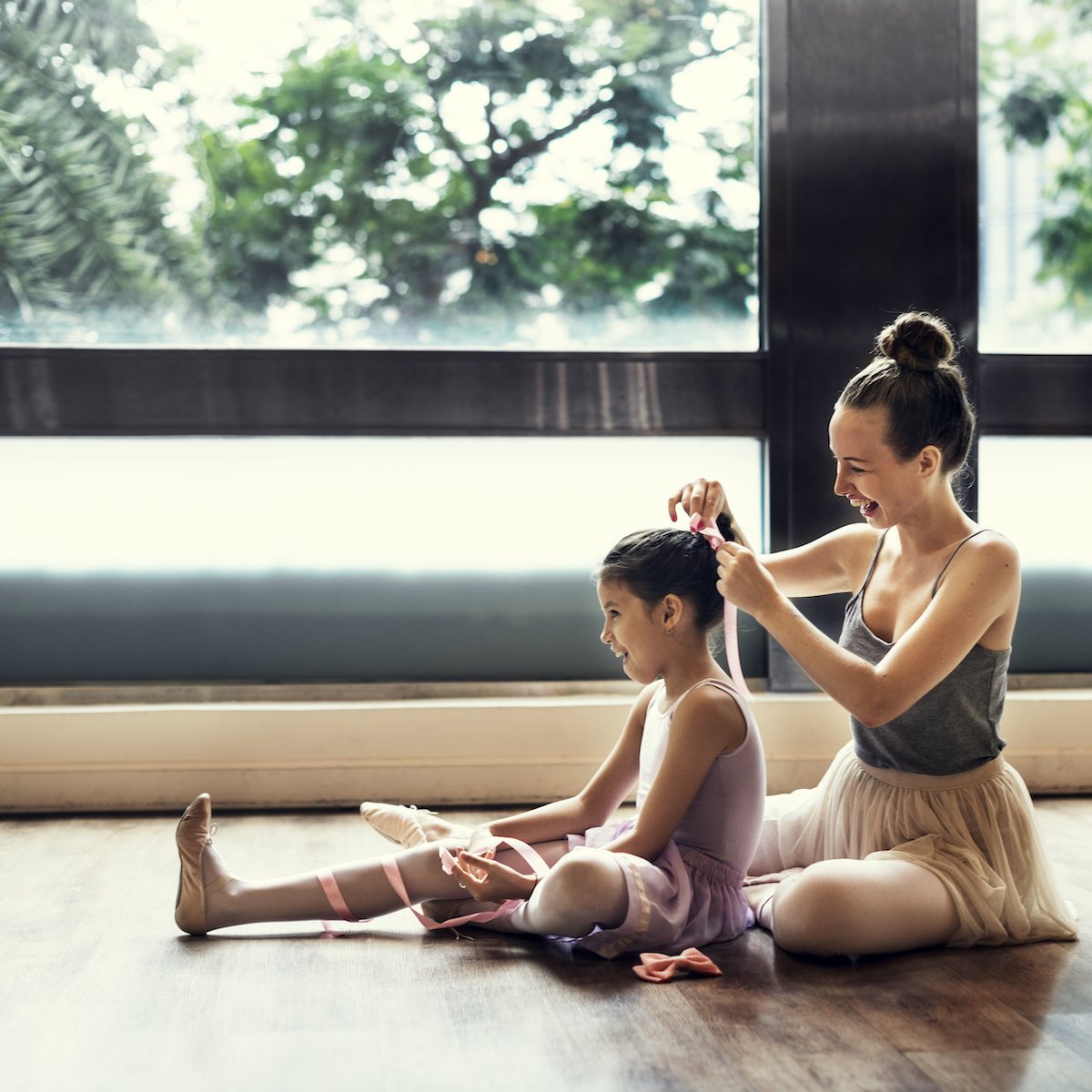 I'm interested in a child counselor, but I don't have the money right now.

We are happy to provide a superbill to submit to your insurance company or refer you to a lower cost provider as necessary. Your child’s well-being is paramount, and we will be your ally in getting your child the help they need. 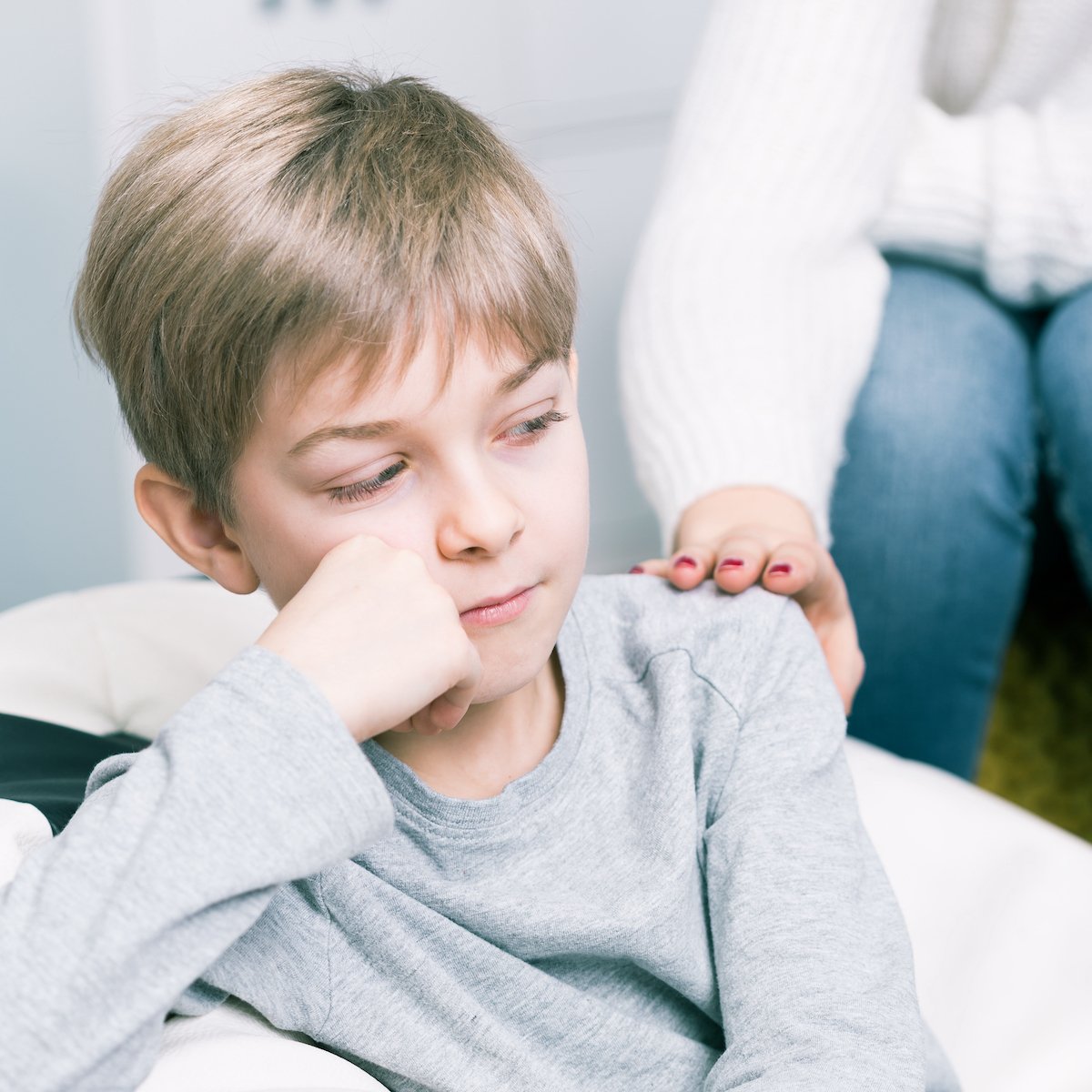 Want to know where to start?

In our work together, we will uncover what is missing from your child’s life, what’s holding them back in worry and despair, and what are the ways we can help them move toward a place of happiness and fulfillment.

Schedule An AppointmentContact Us

How to Help Your Child Have a Healthy Body Image

Do You Believe Your Child Has Anxiety?

Is Your In-Network Provider Not Getting the Results Your Child Needs?‏

How Do You Know If Your Child Needs Therapy?‏

Time Out from My Child!

Are Children Thriving or Surviving

How can EMDR help your child?

What parenting style is good for disciplining kids?

By giving your child a voice, you help them triumph over difficulties, and become the best versions of themselves. Together, we can make life-lasting changes happen. 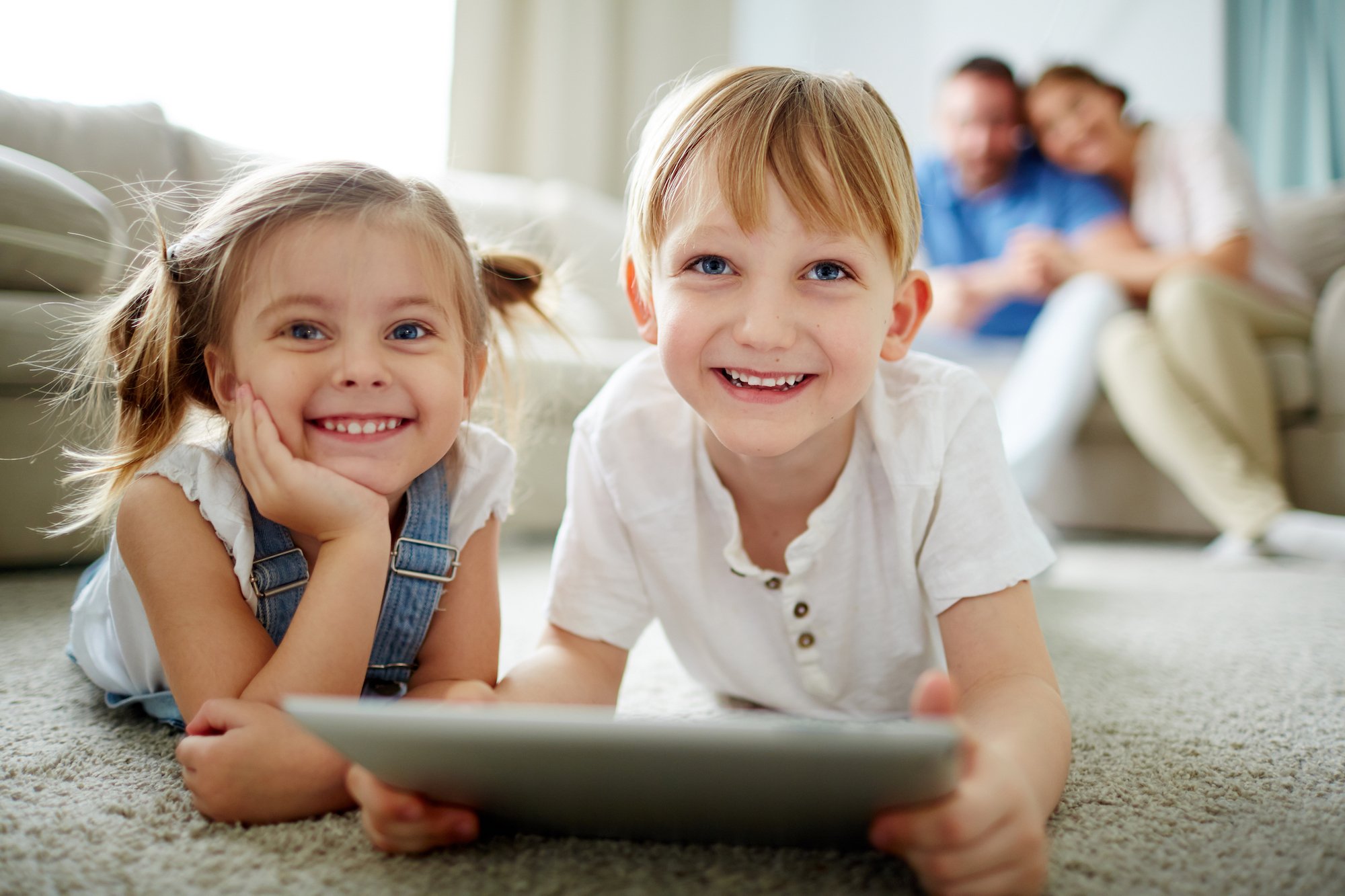 Help is just one
step away…

Courageous Kids Counseling is open and accepting new clients. We are a private pay only child therapy practice and do not accept insurance. All sessions are currently being conducted via telehealth.